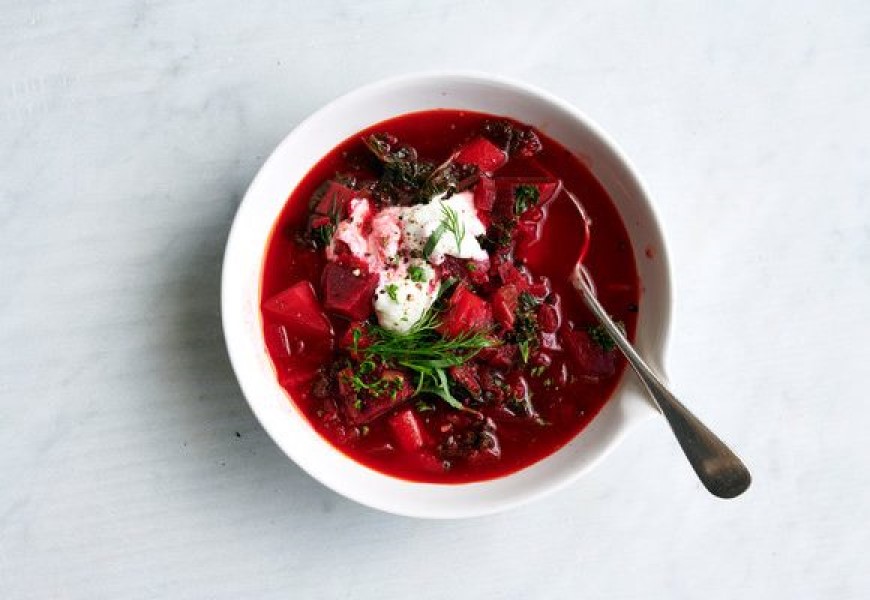 Image courtesy of David Malosh for The New York Times.

Beets are back at the Market, mainly red ones, and they are beautiful! This David Tanis recipe from his NYT column, “City Kitchen,” appeared last week, and the beautiful photograph by David Malosh caught my eye.

I’m from a southern family, and though we ate beets, they were boiled and not very interesting or appealing. I never heard of borscht until I was a young adult and had my own kitchen and purchased my own cookbooks so that I could explore new foods. Borscht, when beets were in season, became one of my favorites. I don’t recall ever making borscht without also making a beef stock for its base, but this David Tanis recipe is equally robust and probably way more beautiful.