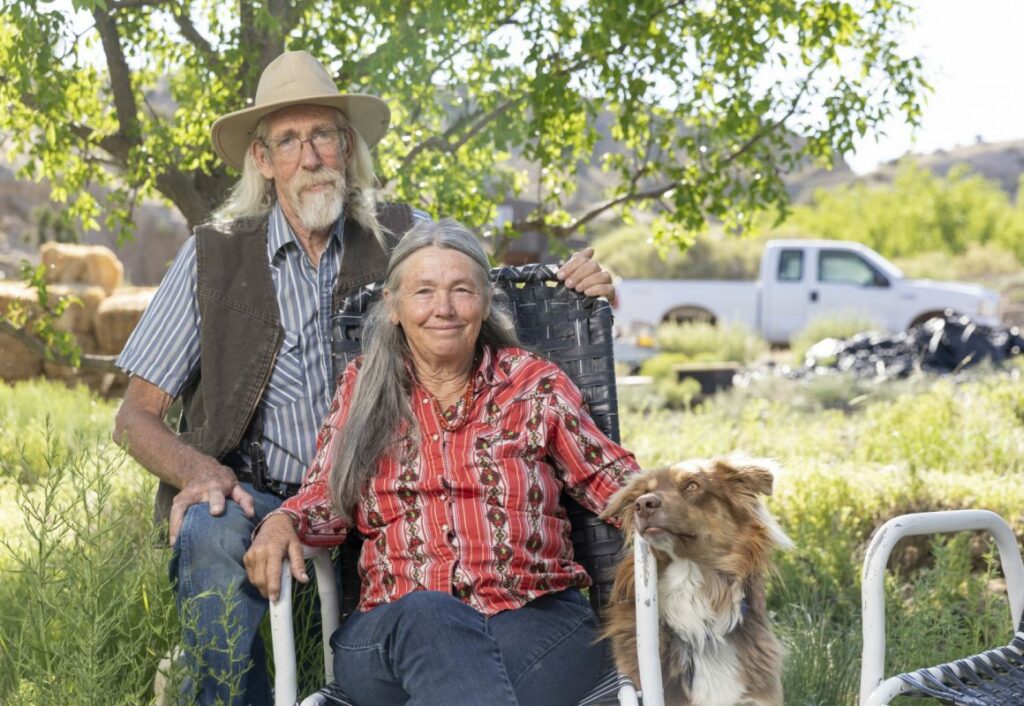 In 1978, when Dave and Becky Thorpe moved south-west of Madrid to an isolated spot in the Ortiz Mountains, they began their journey of living sustainably and off the grid. They produce much of their own food by raising goats and chickens and having well-tended gardens. Through SunStar Herbs, they grow assorted naturalized and native herbs used for tinctures, incense, and other medicinal products. Since they joined the Market in 1994, customers often find themselves at the SunStar booth after being led by their noses, following after the rich and complex scent of SunStar’s natural incense.But, the signature item at SunStar Herbs is the jujube, a stone fruit originally cultivated in China over 4000 years ago. Jujubes taste similar to apples when fresh and dates when dried and are used medicinally throughout South Asia.

In 2006, while working with NMSU on growing alternative crops of native dye plants, the Thorps introduced jujubes to the NSMU Extension Service fruit specialist. By 2007, NMSU had 16 varieties in Alcalde, two in Los Lunas, and they have promoted jujubes ever since. And for good reason: it’s a perfect crop for New Mexico, because it’s drought tolerant, resistant to most pests, does well in a many soil conditions, and survives a wide range of temperatures.

The tree’s sturdiness is not the only reason Dave and Becky have multiple well-established orchards. In order to grow in a seemingly inhospitable environment they do water banking, which uses the geological formations in their mountain to catch and hold rainfall until it is pumped out for flood irrigation. 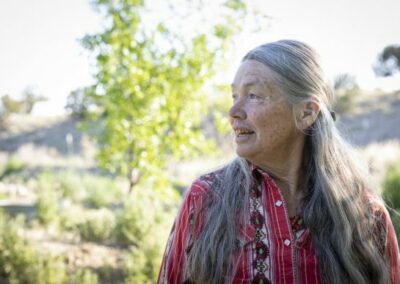 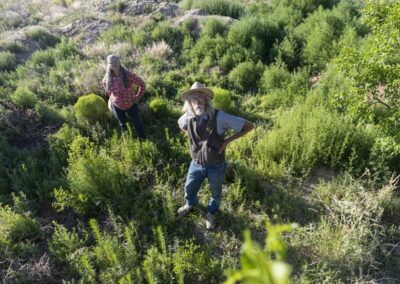 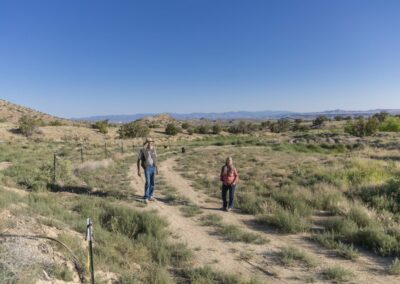 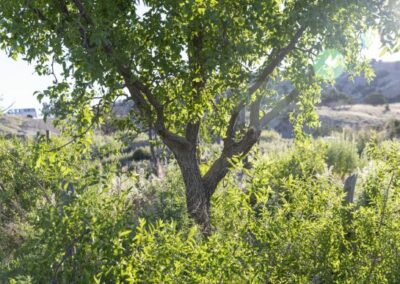 “We stick as much water in the ground under our four little gardens as we can. That’s the basis of our agriculture. On top of that we place goat manure and chopped up weeds; then we add in earthworms. These tell us whether we’re doing good or not. If we have lots of earthworm holes and manure, we know that our plants are healthy and happy.”

As a testament to their ingenious water catchment system, the tansy they planted 13 years ago as a part of the dye plant project is still thriving, even though it doesn’t get much water. In addition to having beautiful yellow flowers, tansy is a useful plant to keep around, especially if you have horses and goats, because it is a fly deterrent. Dave explains that if you wipe your horse down for several days using a few branches of tansy, then you no longer have flies on your horse. Becky adds that “it also works quite well as a fly deterrent if you put bunches of it outside your door.”

Speaking of goats, it’s worth noting that NMSU isn’t the only agency to call upon the Thorps for guidance. From 2007 to 2010, the Army Corps of Engineers hired Dave to remediate the invasive non-native plants that were choking out the native plants in the Cerrillos Hills — by using goats. This meant the Corps didn’t bomb the watershed with chemicals. Dave had enlisted his daughter Amanita’s help. Now she owns “Horned Locust Goatscaping,” where she hires out the herd to eat weeds, aerate and nourish the soil, and prevent the use of chemicals in private and public spaces.

SunStar Herbs is not embarking on lots of big new projects these days, nor are they looking to expand their operations. “It seems like an important time to be growing food in America. With climate change and social instability, we’re switching to growing more food.”

In seeing what they have accomplished in four decades, it’s pretty clear that Becky and Dave will sustain.