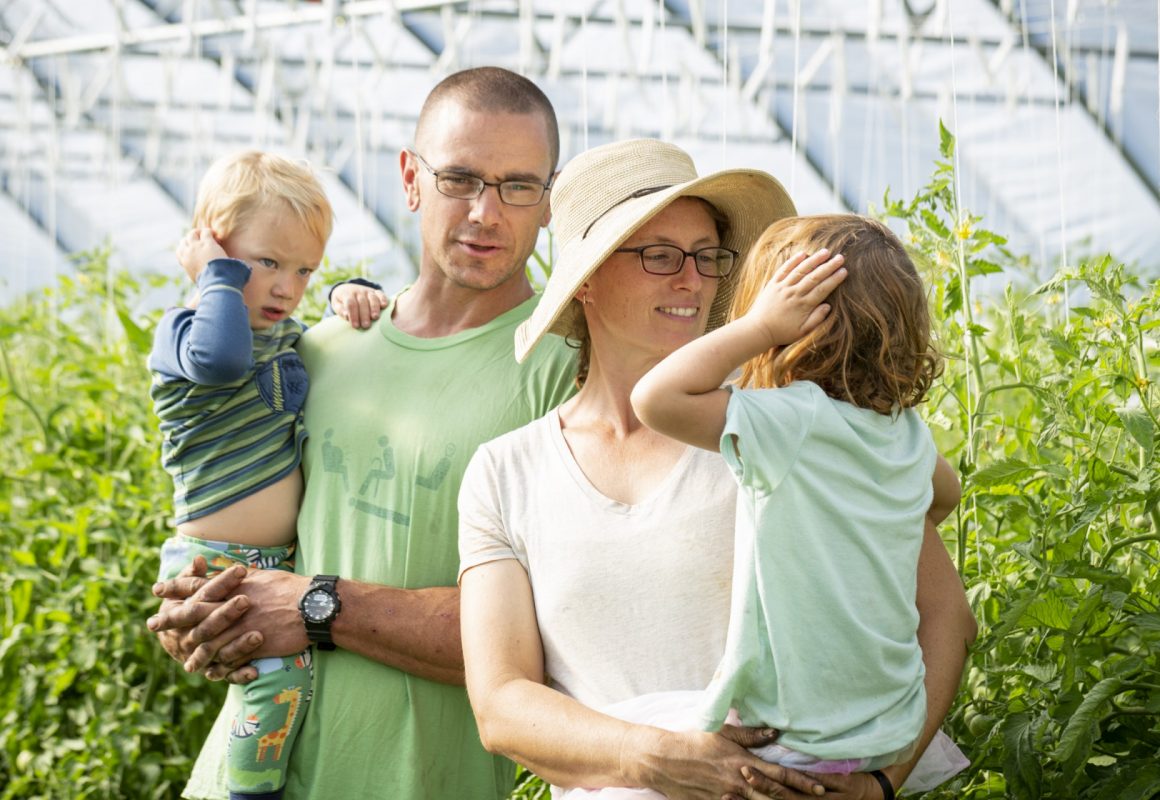 Sitting on 2.5 acres next to the Rio Chama in Abiquiu, Malandro Farm is known for their early-season heirloom tomatoes and giant cabbages. Lisa’s guiding principle is to grow what she likes to eat. It’s why you won’t find eggplant at Malandro Farm’s booth. “If I don’t want to eat it, then I don’t put the effort into it,” says Lisa.

That reasoning is also why Lisa is willing to take risks on crops that are not tried-and-true in New Mexico.

They’ve grown unique items, like fennel, and last season they tried their hand at growing sweet potatoes. That’s quite the challenge considering it’s a tropical plant that doesn’t do well in temperatures below 50°F and the annual average low in Abiquiu only stays above 50°F for about 3.5 months a year.

Surprisingly, it wasn’t cold weather that brought issues; they lost much of the crop due to problems with storage. Of what remained, they didn’t feel they could sell at Market because the sweet potatoes weren’t “pretty.” Regardless, they tasted great, so Lisa will make some tweaks and try growing sweet potatoes again.

Malandro has been a part of the Santa Fe Farmers’ Market for a decade. Jim got more involved in 2011, when Lisa was pregnant with their first daughter, Zoe. Jim had been resistant to the idea of farming because he saw how much work went into his parents’ extensive vegetable gardens and his father’s commercial alfalfa farm. But, Lisa had a growing interest ever since she’d interned on a farm in Colorado. 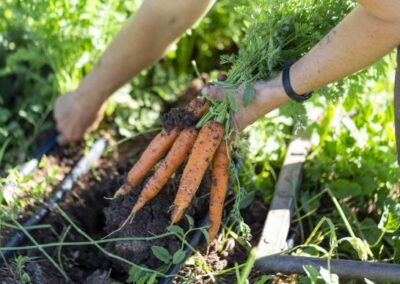 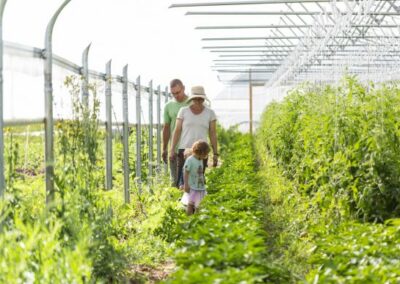 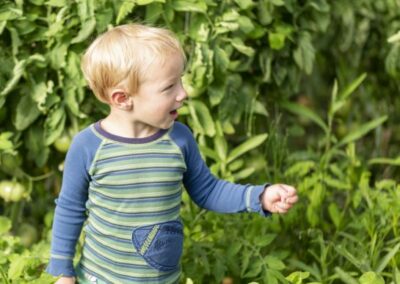 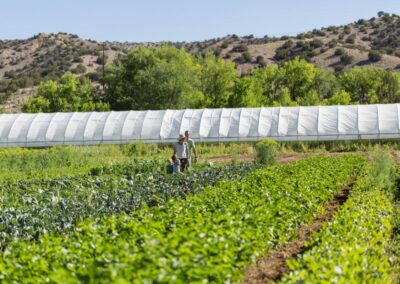 Jim’s deep love and admiration for Lisa won out, and they started a small farm. He says “I thought Lisa would dabble in this for a couple of years, realize how hard it was, and move on. That didn’t happen. I realized that I had to start helping or curl up in shame and hide.” Lisa’s hard work, determination, and thirst for knowledge has since turned Malandro Farm into a much more intensive operation.

Jim is quick to say that every decision that’s made about how the farm is going to be managed is done by Lisa and that she does most of the labor.

Lisa points out that they are a team and she couldn’t do it without Jim. He handles infrastructure, like designing the drip irrigation system that enabled Malandro Farm to navigate last year’s drought. And, he oversaw the installation of their greenhouses. “I know he’s quick to give me a lot of credit but it couldn’t have happened without him. He gives me so much support on the farm and emotional support,” says Lisa.

As their farm has grown, so has their family. Zoe (age 7), Ila (age 5), and Caleb (age 2), can be found running through the rows or seen on any given Saturday at the Market.

Lisa says “it’s rewarding to work at home and spend time with them and teach them little lessons of planting seeds and seeing them grow into something. But, I kind of hope that they don’t choose farming because it’s so stressful.” Jim adds, “from the kids’ perspective, there’s definitely a negative side to being raised by farmers. Illa asked me if all parents have to be farmers? She gave a very dramatic sigh of relief when I told her that they did not and then she said that she did not want to be a farmer when she was a parent.”

Only time will tell which path their kids will choose.

And, even though there may be difficulties and stress that come with running a farm, one would be hard pressed to find a more loving and nurturing environment than the one that Lisa and Jim have created at Malandro Farm.