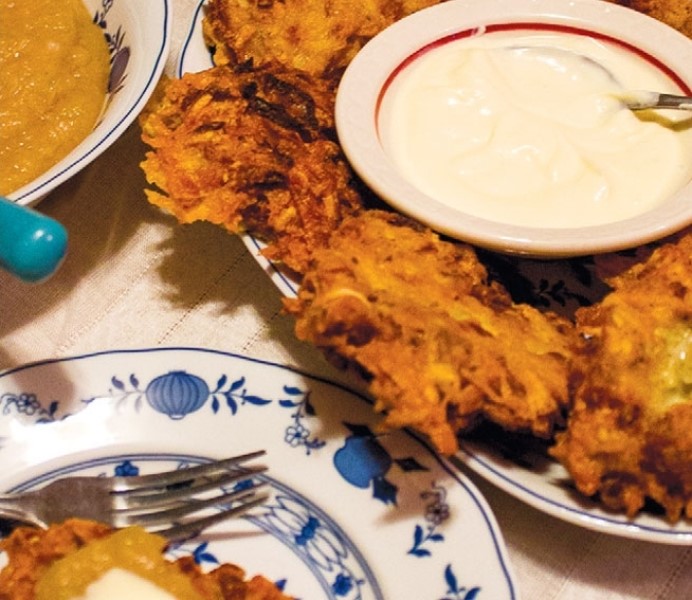 Long, long before I heard of latkes – since before I can remember, in fact – I enjoyed potato patties. My mother made them with mashed potatoes leftover from Sunday dinners. Without measuring anything but instead going by feel and sight, she combined mashed potatoes with beaten eggs, a little flour, and a little salt and pepper. Then she heated Crisco or some other shortening in a cast iron skillet, shaped the mashed potato batter into patties, and fried them till they were slightly brown and crisp. I loved them and still do.

But every now and then, I try out a fancier version and make some sort of latke. This week, the Edible Communities featured latkes in honor of Hannukah. This is one of them, featured previously in the November, 2015, issue of Edible Grande Traverse magazine.

← Linguine With Melted Onions and Cream Garbanzo and Carrot Salad →