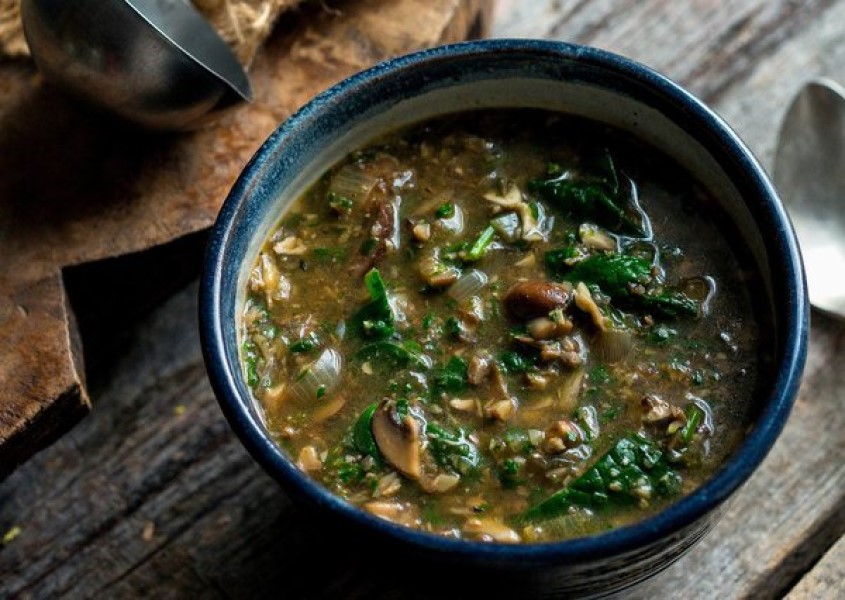 Sometimes I crave a soup that’s robust in flavor but not heavy. This recipe from Melissa Clark for The New York Times fits that bill perfectly. Mushrooms are a staple of the market, and spinach is making a spectacular and succulent reappearance from Bodhi Farm, Green Tractor, and Santa Cruz Farms, among others.

This is a very hearty, chunky soup filled with bits of browned mushroom and silky baby spinach. A combination of sweet and savory spices – cinnamon, coriander and cumin – gives it a deep, earthy richness. For the most complex flavor, use several kinds of mushrooms and cook them until they are dark golden brown and well caramelized.