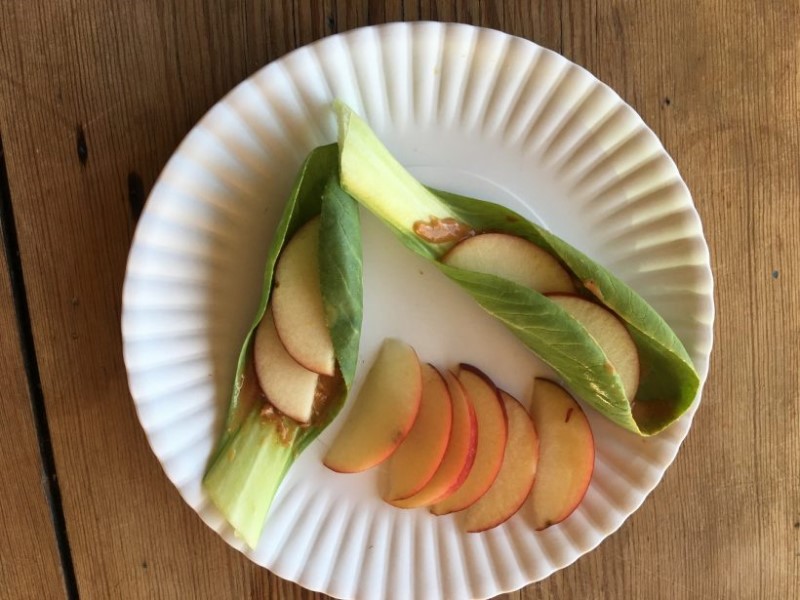 Romero Farms’ beautiful bok choy recently caught my eye and set me to making bok choy wraps. What’s a bok choy wrap? For me, it’s a quick creation that a farmer friend put me onto years ago when I asked her how she most enjoyed bok choy. “I take a leaf and spread it with peanut butter or almond butter,” she said, “and wrap it around a few thin slices of apple or pear.” She hooked me, and I make these wraps whenever bok choy is available in the market, and, luckily, apples and pears continue to appear in the market, too. I love the combination of textures and flavors, and how quickly I can put them together. These wraps feel just right for a mid morning pick-me-up or a light lunch. 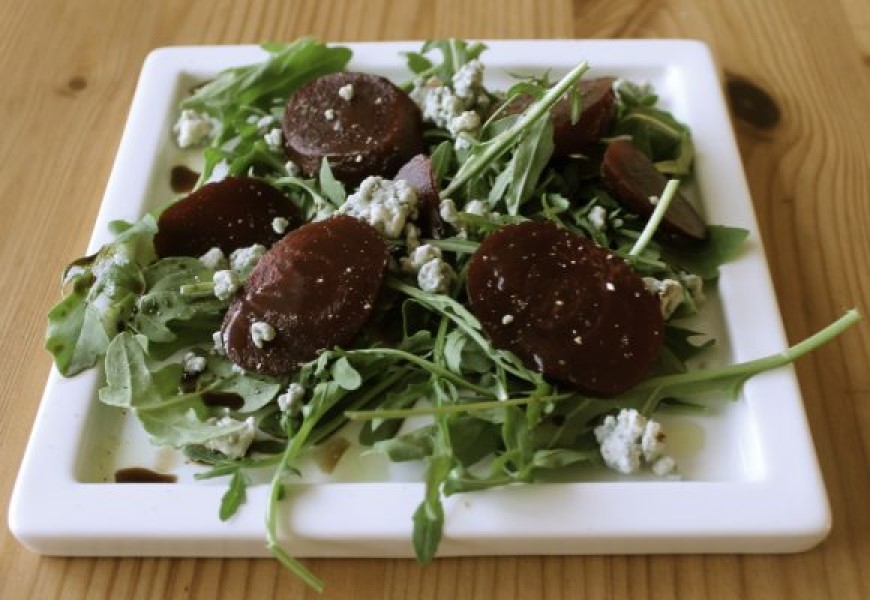 Arugula is plentiful in the market now, and though beets are less plentiful, I’ve found enough that I’ve been enjoying arugula and beet salads for lunch or at dinner as an accompaniment to a main dish.

For the salad, I remove the greens from the beets and place the beets in foil, not individually wrapped in foil as some recipes call for, but covered together in foil and baked at 350 degrees for about half an hour (longer if the beets are large). When the beets are cool, I rub the skins off, and slice them thinly or cut them into small pieces. I make a balsamic vinaigrette and toss the beets and arugula and with it. Sometimes I crumble bits of a blue cheese from Old Windmill Dairy and toss with the arugula and beets.

For the balsamic vinaigrette, I usually follow (more or less) Deborah Madison’s recipe in Vegetarian Cooking for Everyone, which makes about half a cup. For the shallots, I like shallots from Stan and Rosemary Crawford’s El Bosque Garlic Farm, which I buy a lot of in season and store in my pantry.

Combine both vinegars and the shallot with the few pinches of sald and a little pepper in a small bowl. Let stand for 15 minutes. Whisk in the olive oil. Taste to make sure the balance is right.

← Winter Greens – Simple or Fancy Mushrooms as the Main Event →