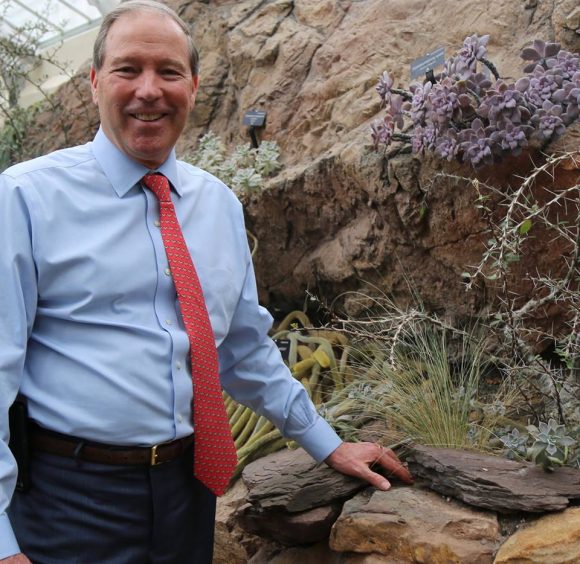 Senator Tom Udall has an intimate understanding of the critical role that agriculture plays in New Mexico’s cultural identity because of his deep personal and family connections to the land and farming. His maternal grandmother was born in Luna, New Mexico in 1893, to a family that drove cattle through the mountains down to the railroad in Magdalena. His father, Stewart Udall, grew up on a farm in St. Johns, Arizona where water was scarce. Throughout Tom’s life, his father taught him the varied natural beauty found across the country — by rafting in the Grand Canyon, walking the California beaches, and hiking in the Grand Tetons.That family connection and commitment to protecting our lands became even stronger when in 1961, when Tom was a teenager, his father became the Secretary of the Department of Interior, the federal agency responsible for the management and conservation of most federal lands and natural resources. Stewart Udall played a key role in enacting the first environmental protection laws and he aggressively promoted expansion of federal public lands by overseeing the creation of over 100 national parks, historic sites, and wildlife refuges. His 1963 book, The Quiet Crisis, is credited with helping trigger the environmental movement. Later in life, he retired to Santa Fe, where he was a founding board member of the Santa Fe Conservation Trust and inspired the creation of the Santa Fe Rail Trail.

Stewart Udall was a pioneer of the environmental movement and Tom Udall has worked diligently to advance his father’s legacy — and to create his own. It is the work of father and son and Tom’s uncle Mo Udall that has led to many calling the Udall’s “The First Family of Environmentalism.”

After receiving his law degree from the University of New Mexico, Tom’s first elected position was as New Mexico Attorney General. In this role, he strengthened the Office’s environmental protection unit, secured increased penalties for water, air, and hazardous materials violations from the state legislature, and, in 1981, sued the federal government to prevent the improper transport of nuclear waste from Los Alamos National Laboratory to the Waste Isolation Pilot Plant. 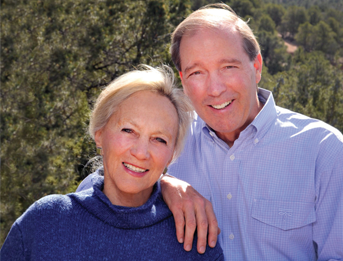 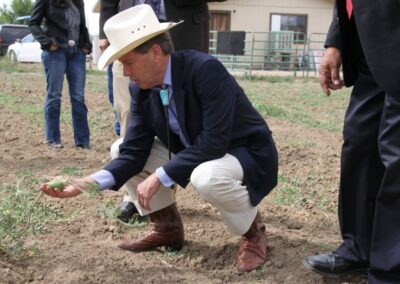 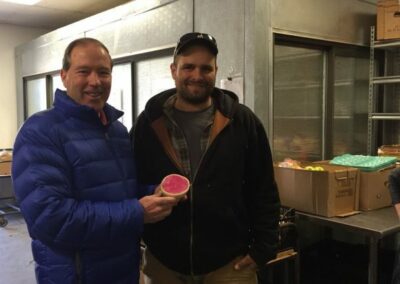 He spent the next ten years in the U.S. House of Representatives representing Northern New Mexico, where he helped found the Congressional International Conservation Caucus in 2003 and served as Co-Vice Chair of the House Native American Caucus.

Beginning in the House, and continuing through his two terms in the Senate, Tom has been an effective advocate for New Mexico farmers. As a senior member of the Senate Appropriations Committee, he has secured increased funding for conservation and environmental programs for farmers through the Farm Bill and promoted programs for new and socially disadvantaged farmers. Tom introduced the New Mexico Drought Relief Act to support farmers, and he promotes increased access to nutritious food to improve the health of New Mexicans. This year he pushed through a landmark bill authorizing acequia associations and land grants to directly access federal funding for conservation efforts.

In the Senate, Tom has been laser-focused on protecting our natural resources for future generations. He has been a leader on tackling climate change, and protecting and expanding our public lands. He promotes clean and renewable energy, investments in energy and water efficiency initiatives, and infrastructure for rural communities. This year he helped lead the historic effort to permanently authorize the Land and Water Conservation Fund – one of our nation’s most successful conservation programs – and designate 13 new wilderness areas in our state, consisting of more than 270,000 acres. As lead Democrat on the Indian Affairs Committee, he has championed measures for economic development, improved housing, expanded healthcare, and increased public safety for Native Americans.

Tom was instrumental in the development of Santa Fe’s Railyard District and the creation of the Farmers’ Market Pavilion. In 1998, with his help, the Environmental Protection Agency’s Brownfield program made the $200,000 investment that began the revitalization of the Railyard. In the early 2000’s, he was a part of the State’s federal delegation that helped secure $250,000 in Housing and Urban Development funding for the design of the Institute’s LEED Gold certified building. His vision and leadership helped catalyze hundreds of people into raising $4.5 million so that the Farmers’ Market would have a permanent home. His support continued by helping the Institute secure significant grants to support farmer training and our fledgling food stamp matching program.

In March, Senator Udall announced he would not seek re-election at the end of this term. His accomplishments are too many to catalogue here, but we know that his legacy will live on. Tom has been a champion for farmers, for Native Americans, for New Mexico lands, and for the planet. We are confident he will spend this next year continuing to give voice to waterways and mountaintops, to indigenous people, and struggling farmers, and to all of us who care for the majestic lands of New Mexico.

Before his passing in 2010, Stewart Udall wrote to his grandchildren: “Go well, do well, my children! Cherish sunsets, wild creations, and wild places. Have a love affair with the wonder and beauty of the earth!” We know Tom will continue to live by those words, and that he will keep working to protect and conserve our natural resources for future generations.

The Farmer All-Star Awards are one way the Institute acknowledges the hard work of the vendors who are the driving force behind the Santa Fe Farmers’ Market. These farmers preserve the rich agricultural heritage of New Mexico, contribute to our robust and vibrant market, and invest in the health of our land and community. This year, we honor Malandro Farm, RZ’s Bees and SunStar Herbs. We are inspired by these farmers’ hard work, perseverance, ingenuity, knowledge, and humility. We are grateful for their many contributions to our community.