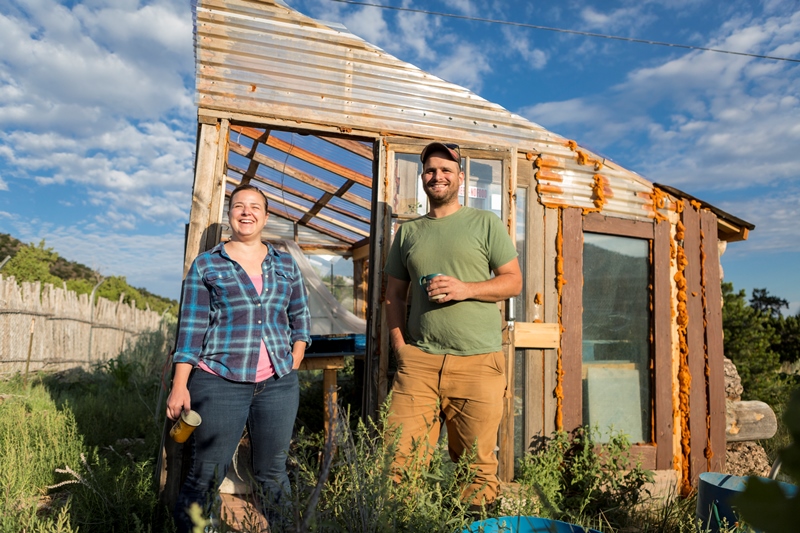 Alex Pino’s mom grew up on a Wisconsin farm that his grandfather started in the late 1920s. Farming skipped a generation, but Alex took it up and has been farming and selling at the Santa Fe Farmers’ Market for eight years.

He and his partner, Rebecca, started with a small 30-foot by 10-foot garden. Now they work the land at four different sites in Santa Fe County, from Pecos to La Cienega. Earlier this year, after he co-led an Institute workshop on greenhouses, they were able to build their own greenhouse. The new greenhouse and the different landscapes they cultivate enable Revolution Farm to grow a wide variety of produce. They focus primarily on storage crops, such as garlic and winter squash, but they also grow produce such as salad greens, arugula, tomatoes – a little bit of everything.

Alex is quickly becoming an educator and community builder. He is a leader with the Northern New Mexico Young Farmers Alliance. Through NNMYFA, he works with the Rocky Mountain Farmer’s Union and with the American Friend’s Service Committee’s Pecos Community Revitalization Project. Because of the issues local agriculture faces, such as the increasing age of farmers and the high cost of land, Alex works a lot on policy and effecting change where the farmers think it is needed. 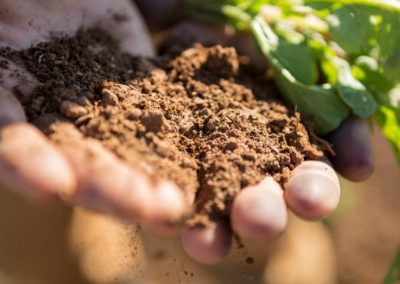 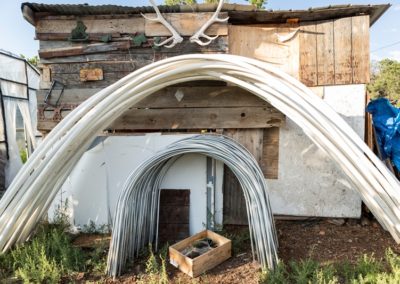 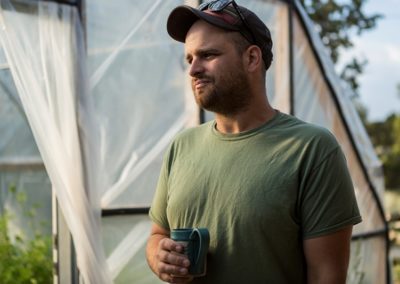 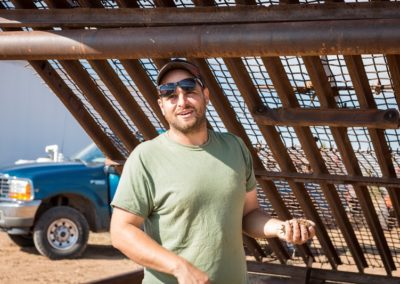 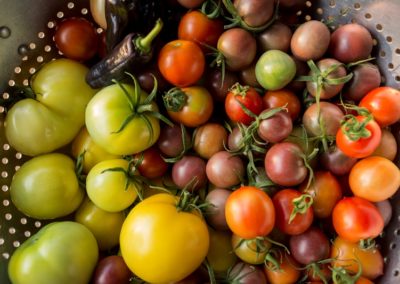 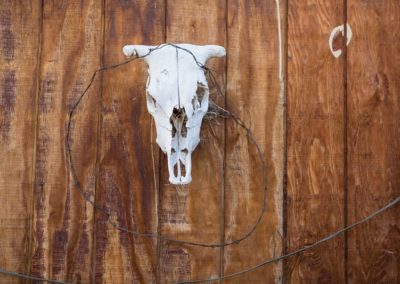 Alex and the Alliance have hosted several workshops on topics such as pipe bending for greenhouses, filing taxes, and planting crops. They are planning a water policy boot-camp, which will bring farmers and politicians together. And, they have begun building a tool library. They are looking for anything that the farmers do not have access to or only need once in a while, such as seeders, pipe benders, and specialty tractor implements. Some of the items can cost upwards of $10,000, so the idea is to purchase these items collectively or have them donated, then have a farming co-op to share resources.

Alex is a young farmer who works to empower and support other farmers and create positive systemic change. “My qualm was always that the food system is broken. Workers are exploited and consumers have been poisoned. You can either get down on that, or you can offer up a solution. That’s the idea behind this revolution. Grow a solution, cut yourself off from the mainstream supply chain, and you produce healthier, local food.”