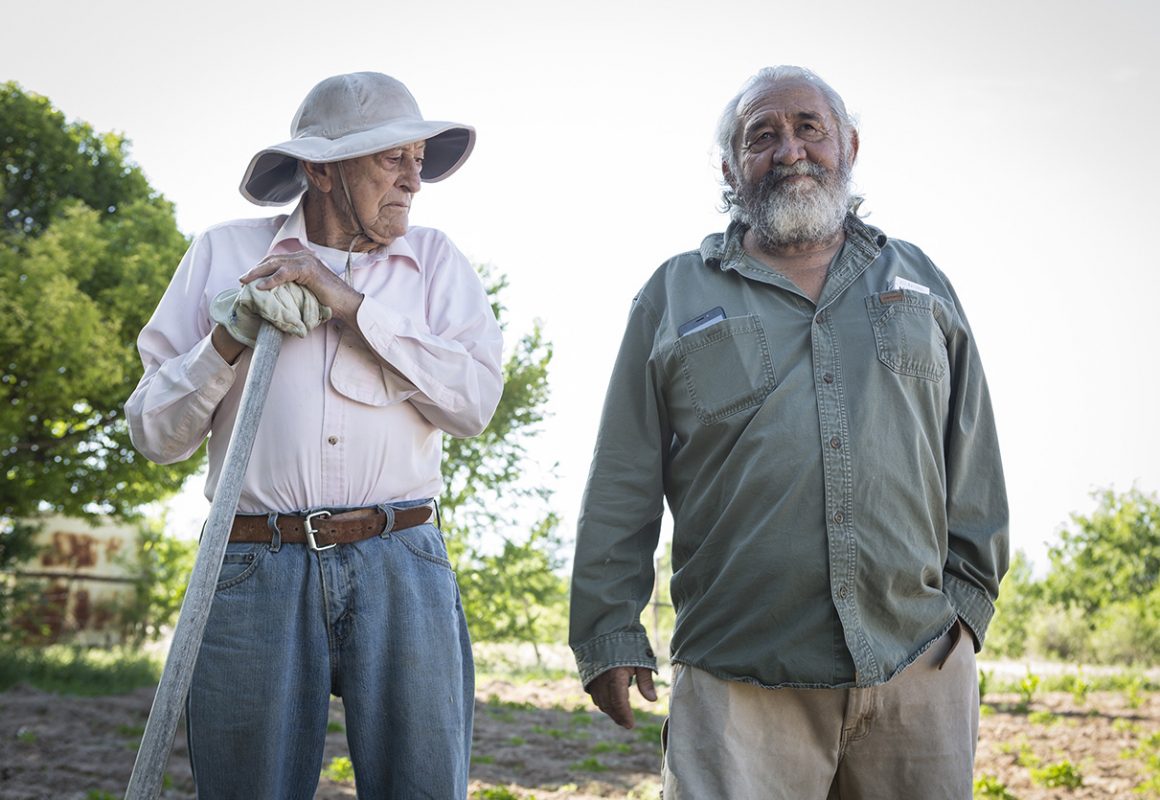 Dave Vigil, and his parents, Longino and Sophie (d.), have been vending at the Santa Fe Farmers’ Market since 1971. The Vigil’s have been working the land around Nambe since the 1650s. Dave’s grandfather purchased about 40 acres in 1941, originally called Loma Blanca Ranch. He used to take care of ranches in the area, would do sharecropping and grow hay and alfalfa, and would raise turkeys to sell at the old dairy in Santa Fe. Dave, himself, has been farming for the majority of the past 54 years, and his 91 year old father still grows chile. And, just as farming has been in the family for generations, so has the commitment to the Market. Dave’s son has “become a lot more involved in the operation of the farm. He used to be the Market Manager, when the Farmers’ Market first moved to our building.”

Nambe Orchards has a diverse operation. Cattle, bees, chickens, alfalfa, apple trees, chile, and so much more. Dave is also diverse in how he sells – wholesaling to Pranzo, selling directly at Market, and selling to other agriculture producers.

Their trees were planted in the 1950s and 1970s. Because of the drought years, they have pulled out about two thirds of the trees and are now planting alfalfa. “Trees have an immune system just like people do, and we had a couple of years of pretty bad droughts and some of these trees developed a fungus that we couldn’t get rid of. Their immune system couldn’t handle it. Now we’re changing our operation to grow a lot more hay.” Dave also bales hay for other farms in the area. “Sometimes I’ll come home from cutting hay at 10 in the morning, jump on another tractor and go rake somewhere else, and then come back in the afternoon, jump on another tractor and go bale somewhere else.” 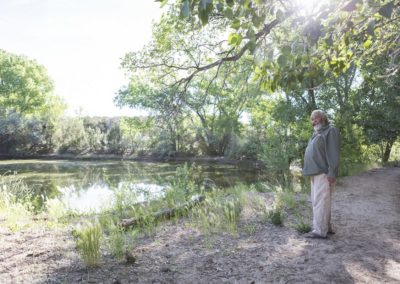 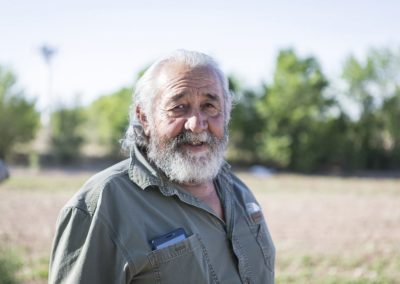 Dave is constantly striving to learn new things about farming and how to adjust his operation. “You have to, especially now that I’m getting older. I have two bee hives, and I think in the future I’m going to have a lot more bees, and I’m not going to have that many vegetables because it’s too hard of work. Eventually I want to have ten hives.”

He also has formed a partnership with Crumpackers. Dave can prepare his signature pickles in her commercial kitchen, and they are partnering on making and selling hamburgers at the Wednesday Evening Market. “Having value added products extends your season. Even though my pickles never end up extending to the winter market because they’re so delicious that people buy them before October ends. This year we’re going to try and make more.”

Dave has been active with the Institute by regularly participating in the Workshop & Professional Development program. He has always been highly involved in the operations of the Market, sitting on their board. He views his role as learning what the needs are of vendors, and communicating that to the board so the board can help address those needs. “In the past couple of years I’ve been really involved in getting more farmers to do value added products. A lot of stuff that I’ve done on the board has been to basically help keep the [vendor] booth fees down.”

Watch a video of Dave and Nambe Orchards