Lamb shanks with white beans in the French style

Lamb shanks with white beans in the French style 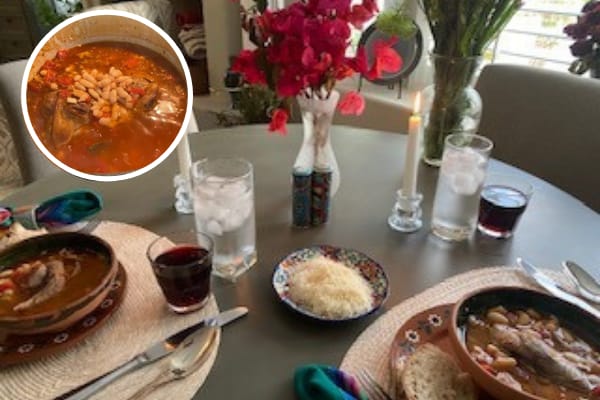 The nights are still cool enough to keep my appetite for a hearty soup or stew strong. With some meaty lamb shanks from Shepherd’s Lamb on hand, I recently adapted a recipe by William L. Hamilton in the New York Times and made this lamb and bean dish.

He calls for lima beans, but I had cannellini beans in my pantry and used them instead. I think any white bean would do. Lacking brandy or grappa, I used vermouth instead. The result was hearty and warming. The lamb fell easily from the bones – I used the oven method, not the stove top — and it was moist and succulent. And, like most dishes with tomatoes, the stew tasted even better than the first night as a dinner of leftovers the next night.