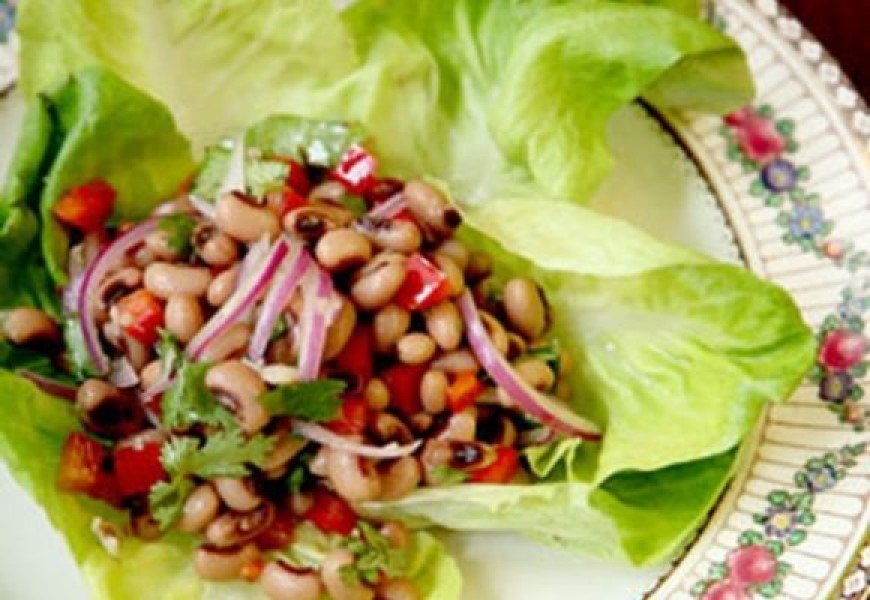 Recipe and image from Saveur

Helen Corbitt was originally a dietitian and hailed from New York, but she became famous in Texas mainly for directing the Neiman Marcus tearoom in Dallas for a number of years and for writing cookbooks. She conceived of this black-eyed pea dish as a salad. I like it fine as a salad, but I also like it as a dip to eat with chips or as a topping for tostadas.

Corbitt calls for canned black-eyed peas, but I don’t like either canned black-eyes or dried ones. Their flavor pales next to fresh peas simmered for hours, for most of a day, in fact, until the liquid darkens and thickens almost into a roux. Fresh black-eyed peas aren’t easy to come by in Santa Fe, however, but I’ve discovered two farmers who grow some and bring them to market in late summer. These are Vigil’s Chimayo Produce and Ice’s Organic Farm. I buy quite a lot and cook them fresh and also freeze a lot for winter, especially for New Year’s, when Texans like me and many other southerners eat them for good luck in the new year.

When I make Texas Caviar, I play with Corbitt’s recipe each time besides the major change of using fresh peas instead of canned. I often substitute apple cider vinegar or lime juice for red wine vinegar. Sometimes I omit red bell pepper and instead add diced tomatoes, and sometimes I use both.