A Cobbler of Vegetables and Chicken or Turkey

A Cobbler of Vegetables and Chicken or Turkey 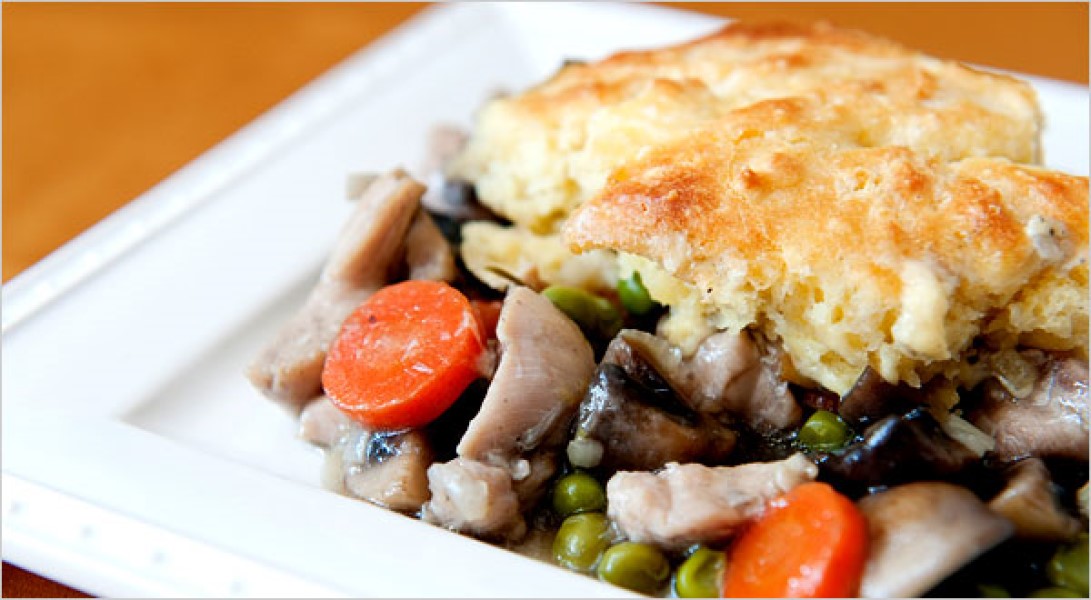 I love pot pies, but I have never learned to make a decent pie crust. So when I crave a chicken or turkey pot pie, I make a cobbler, combining a selection of vegetables available in the farmers’ market with either chicken or turkey leftovers that I froze after roasting or braising for a previous meal.

Potatoes, carrots, mushrooms, and onions are plentiful now, and for something green, in lieu of peas or green beans available in warmer months, I like to include spinach, too. And more often than not, I add diced, roasted green chiles that I buy in season and freeze.

In making the crust, I substitute lard for butter, but only lard from pasture-raised and pasture-finished animals. Red Mesa Meats makes lard available by request. Some weeks back, I bought some and rendered it, and keep it on hand in my refrigerator. It adds robustness to the flavor and a nice brownness to the crust.

For a basic recipe, I play around with Mark Bittman’s Chicken and Vegetable Cobbler.

If you don’t have buttermilk, gently warm milk until it’s about 100 degrees; stir in a couple of teaspoons of vinegar and let sit for 5 minutes.