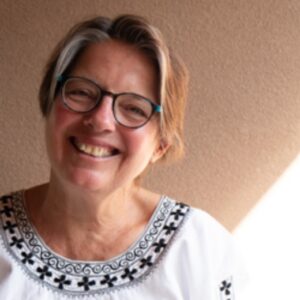 Pam is a writer and a local farm and food activist.  She is the author of Growing Good Things to Eat in Texas: Profiles of Organic Farmers and Ranchers across the State (Texas A & M University Press, 2009) and of articles that have appeared in edible Austin, edible Houston, edible New Mexico and the Houston Chronicle. From 2002– 06, she led Urban Harvest, a Houston nonprofit, in organizing and initially developing its first farmers’ market.  She serves on the board of the Council for Healthy Food Systems, a public-education nonprofit, and is a lifetime member of its sister organization, the Farm and Ranch Freedom Alliance, which works on policy and regulatory reform. She holds a Ph. D. in English literature from Rice University, an M.L.S. from the University of Texas at Austin, and a B.A. in English from Austin College, and has worked as an academic librarian, a college English teacher, and the administrator of the Humanities Research Center at Rice.  She is the granddaughter of sharecroppers and learned from them to grow vegetables and to pay attention to farming and food.