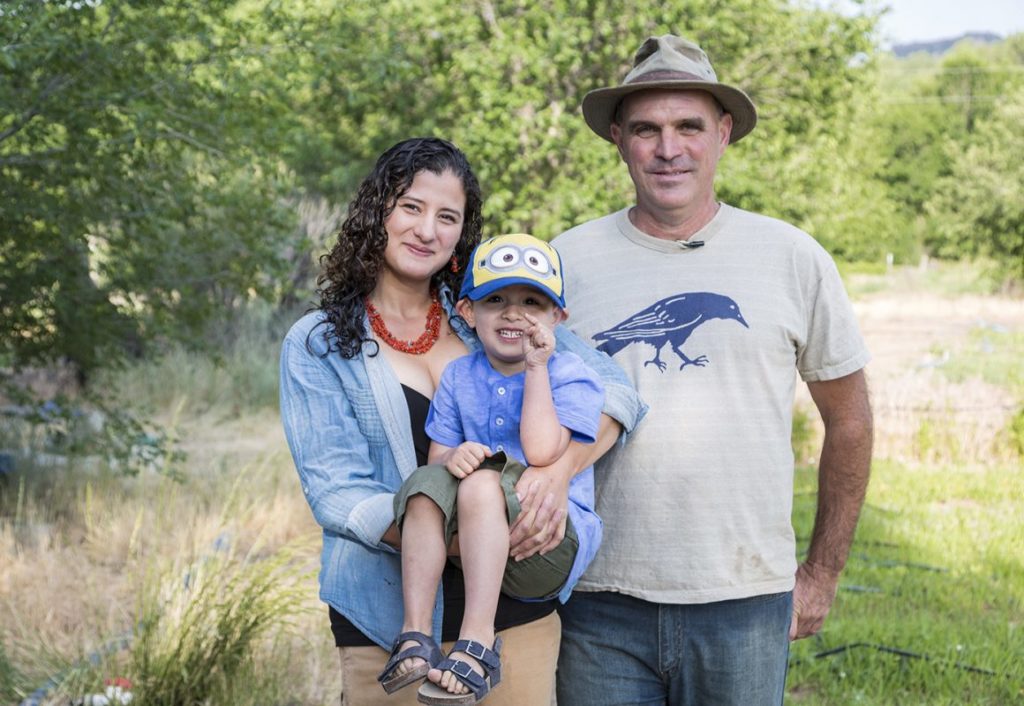 One Straw Farm is a fixture at the Santa Fe Farmers’ Market. Owner, Ric Gaudet, started farming 21 years ago. He settled in New Mexico after attending graduate school at St. John’s College. He began farming, and eventually settled in Dixon where he runs One Straw Farm with his partner, Tania Marines. “I wanted to do something that makes a difference. I settled on farming as a lifestyle, but also as a way to do something that wasn’t destructive to the planet.”

One of the best parts of farming for Ric is he can grow what he loves to eat; including all sorts of summer crops such as tomatoes, peppers, eggplants, and green chiles, as well as greens, carrots, beets, onions, and garlic. They installed a hoop house earlier this year. Every two weeks or so, they put in a new string and then weave the tomatoes in and out, keeping them from falling on the ground, breaking, or rotting. Ric knows the hoop house is the best way to hedge their bets, because if they have a problem in the field, they can always count on some tomatoes from the hoop house.

When Ric first joined the Market in 1996 he was very involved with the board. He helped develop the rules and system for how processed foods and craft items are curated into the Market. His engagement has helped make the Santa Fe Farmers’ Market unique in terms of what items are allowed. “If you’re a produce or a meat vendor, you have to grow what you sell. If you’re a craft vendor or a processed foods vendor, you have to either grow it or purchase 80% of your ingredients from local vendors. And you have to document the process. That’s the only way we could see that we can ensure integrity, that the Market is actually selling stuff that was grown locally.” 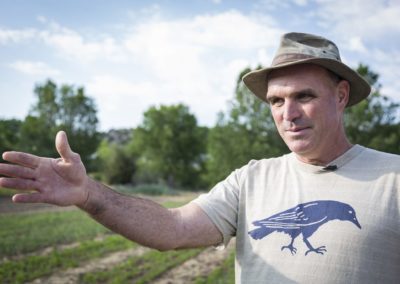 The Santa Fe Farmers’ Market has provided Ric with the rich experience of seeing the same customers he has had for more than 20 years. Ric’s favorite aspect of farming is “just watching things grow and harvesting them. I really love when people buy something that’s beautiful at the Farmers’ Market, and they’re happy about it.” Another high point of the Market for Ric is that there’s a ton of vendors, and a great program for WIC and SNAP recipients. Customers may swipe their SNAP card, and they can actually get twice the value in tokens for all produce and meat.

Ric believes that “modern agribusiness and the way we grow food in this world is not sustainable in general, and it’s just a matter of time before things start falling apart around the world. I believe it’s possible to scale it back so that food is grown more locally and with more sustainable techniques so that big issues like environmental degradation and even global warming can be mitigated. We have to support systems that are smaller or more regional and more environmentally friendly. It’s just a matter of survival.”

Watch a video of Ric and One Straw Farm