In Praise of Heritage Grains 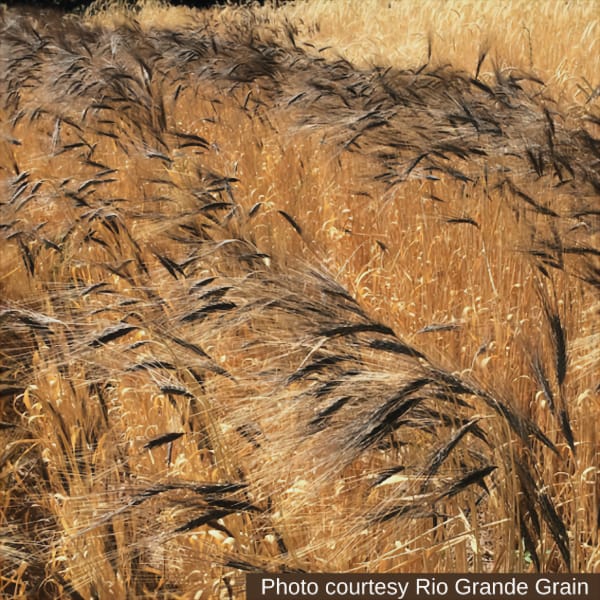 The Tibetan Purple Barley is more than ready for the combine. 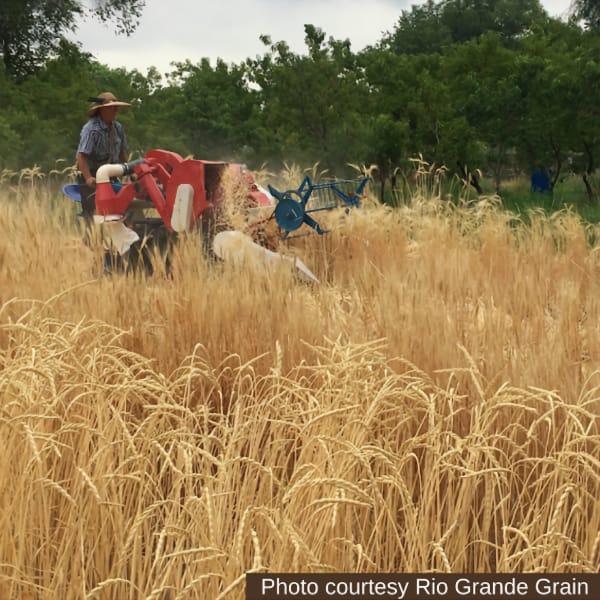 A mini-combine, imported from China, is better able to maneuver in northern New Mexico’s small fields. 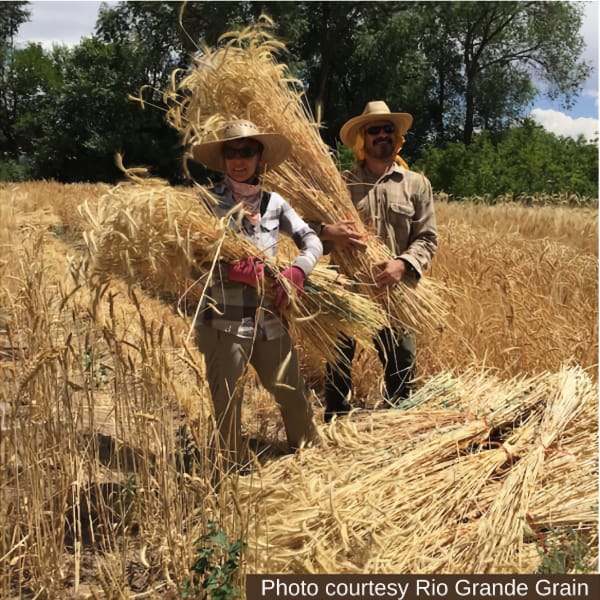 Northern New Mexico was once the breadbasket of New Mexico with over 300 small mills in operation around the state. In 1892 New Mexico brought 230 varieties of wheat to the Chicago World’s Fair.

Today most of our flours and grain products come from hybridized dwarf modern wheat, which is bred primarily for high yield at the expense of nutrition, flavor and biodiversity. It is grown mainly in the upper Midwest and sold on the commodity market. Modern wheat is dependent on chemical inputs and increasingly degrades human and soil health as well as farmers’ incomes.

In 2018 a small group of farmers, gardeners, and bread bakers formed Rio Grande Grain with the idea of returning grains to their roots. We have trialed small quantities of over 60 varieties of heritage and ancient wheat, rye, and barley in small plots near Alcalde. We have collected qualitative and quantitative data on each variety over six growing seasons and discovered a few that are strong performers in our high desert region– khorasan, Sonoran white, einkorn, emmer, Turkey red, and spelt wheats; Rebel and Swiss Mountain rye; and Tibetan purple barley. Since many of these varieties are rare, we continually increased plot size until our fall 2021 harvest yielded hundreds of pounds of seed, which we shared with small farmers ready to try crops that regenerate the soil and fetch higher prices than commodity grain.

Rio Grande Grain is now focusing on assisting farmers with harvesting and processing know-how and equipment. We also help create a market for the grains among consumers, home bakers and commercial bakers through events and outreach. And we are working to form what we call the Grain Chain by connecting farmers with millers, maltsters, and brewers who can store, process, and distribute these grains.